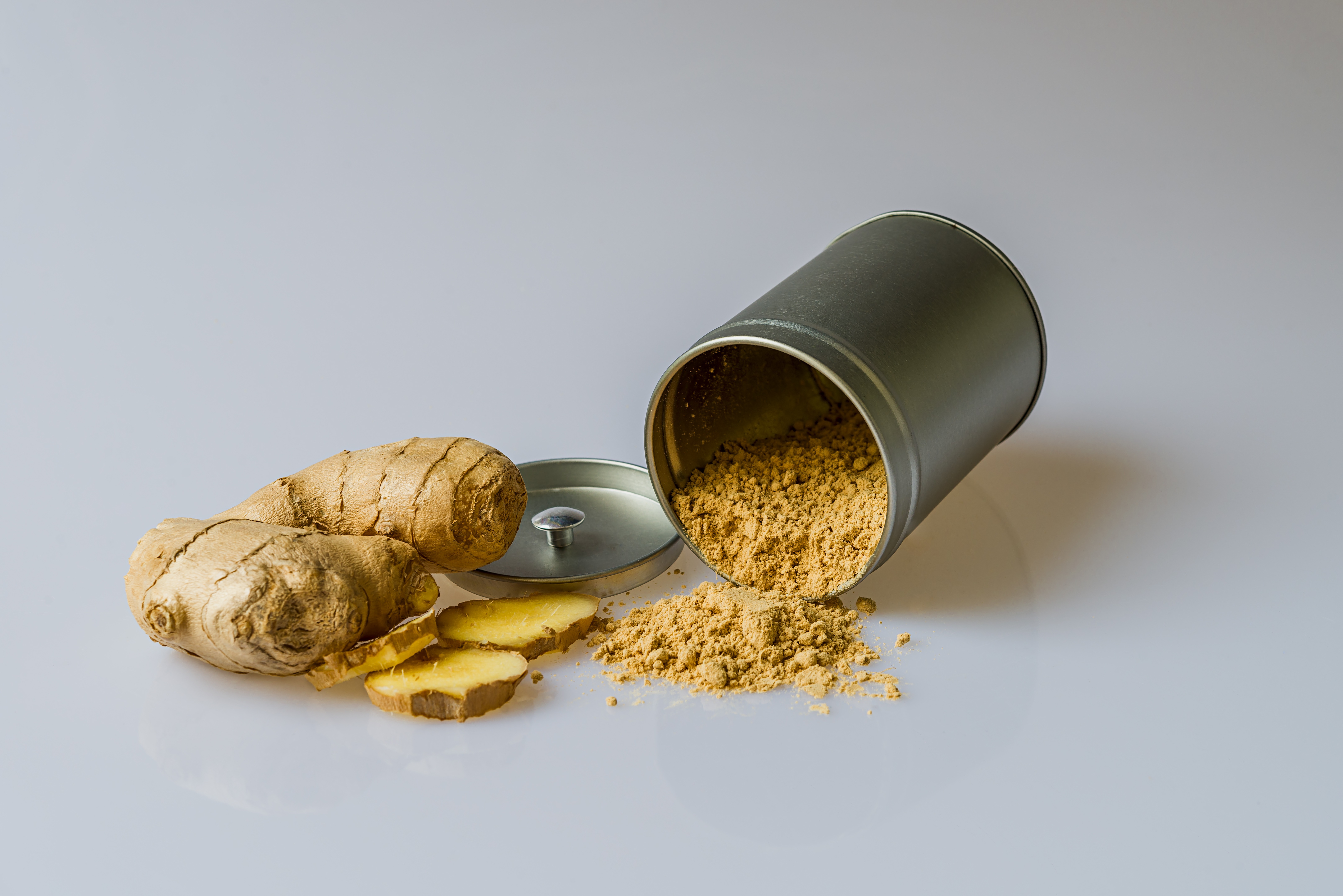 Here is another Great Article “11 Proven Health Benefits of Ginger” about Ginger Root and its Medicinal uses, I included a Recipe using Ginger root from my book: The Wisdom of Well Being: The Joy of Eating for Moms and Their Kids at the bottom.

Ginger is among the healthiest (and most delicious) spices on the planet.

It is loaded with nutrients and bioactive compounds that have powerful benefits for your body and brain.

Here are 11 health benefits of ginger that are supported by scientific research.

Ginger is a flowering plant that originated from China.

It belongs to the Zingiberaceae family, and is closely related to turmeric, cardomon and galangal.

The rhizome (underground part of the stem) is the part commonly used as a spice. It is often called ginger root, or simply ginger.

Ginger has a very long history of use in various forms of traditional/alternative medicine. It has been used to help digestion, reduce nausea and help fight the flu and common cold, to name a few.

This is what ground, fresh and sliced ginger looks like:

Ginger can be used fresh, dried, powdered, or as an oil or juice, and is sometimes added to processed foods and cosmetics. It is a very common ingredient in recipes.

The unique fragrance and flavor of ginger come from its natural oils, the most important of which is gingerol.

Gingerol is the main bioactive compound in ginger, responsible for much of its medicinal properties. It has powerful anti-inflammatory and antioxidant effects (1).

Bottom Line: Ginger is a popular spice. It is high in gingerol, a substance with powerful anti-inflammatory and antioxidant properties.

2. Ginger Can Treat Many Forms of Nausea, Especially Morning Sickness

Ginger appears to be highly effective against nausea (2).

For example, it has a long history of use as a sea sickness remedy, and there is some evidence that it may be as effective as prescription medication (3).

Ginger may also relieve nausea and vomiting after surgery, and in cancer patients undergoing chemotherapy (4, 5).

But it may be the most effective when it comes to pregnancy-related nausea, such as morning sickness.

According to a review of 12 studies that included a total of 1,278 pregnant women, 1.1-1.5 grams of ginger can significantly reduce symptoms of nausea (6).

However, ginger had no effect on vomiting episodes in this study.

Although ginger is considered safe, talk to your doctor before taking large amounts if you are pregnant. Some believe that large amounts can raise the risk of miscarriage, but there are currently no studies to support this.

Ginger has been shown to be effective against exercise-induced muscle pain.

In one study, consuming 2 grams of ginger per day, for 11 days, significantly reduced muscle pain in people performing elbow exercises (7).

Ginger does not have an immediate impact, but may be effective at reducing the day-to-day progression of muscle pain (8).

These effects are believed to be mediated by the anti-inflammatory properties.

Bottom Line: Ginger appears to be effective at reducing the day-to-day progression of muscle pain, and may reduce exercise-induced muscle soreness.

4. The Anti-Inflammatory Effects Can Help With Osteoarthritis

Osteoarthritis is a common health problem.

It involves degeneration of the joints in the body, leading to symptoms like joint pain and stiffness.

In a controlled trial of 247 people with osteoarthritis of the knee, those who took ginger extract had less pain and required less pain medication (9).

Another study found that a combination of ginger, mastic, cinnamon and sesame oil, can reduce pain and stiffness in osteoarthritis patients when applied topically (10).

Bottom Line: There are some studies showing ginger to be effective at reducing symptoms of osteoarthritis, which is a very common health problem.

This area of research is relatively new, but ginger may have powerful anti-diabetic properties.

It also dramatically improved HbA1c (a marker for long-term blood sugar levels), leading to a 10% reduction over a period of 12 weeks.

There was also a 28% reduction in the ApoB/ApoA-I ratio, and a 23% reduction in markers for oxidized lipoproteins. These are both major risk factors for heart disease.

This graph shows what happened:

However, keep in mind that this was just one small study. The results are incredibly impressive, but they need to be confirmed in larger studies before any recommendations can be made.

Chronic indigestion (dyspepsia) is characterized by recurrent pain and discomfort in the upper part of the stomach.

It is believed that delayed emptying of the stomach is a major driver of indigestion.

Interestingly, ginger has been shown to speed up emptying of the stomach in people with this condition.

After eating soup, ginger reduced the time it took for the stomach to empty from 16 to 12 minutes (12).

In a study of 24 healthy individuals, 1.2 grams of ginger powder before a meal accelerated emptying of the stomach by 50% (13).

Bottom Line: Ginger appears to speed up emptying of the stomach, which can be beneficial for people with indigestion and related stomach discomfort.

One of the traditional uses of ginger is for pain relief, including menstrual pain.

In one study, 150 women were instructed to take 1 gram of ginger powder per day, for the first 3 days of the menstrual period (14).

Ginger managed to reduce pain as effectively as the drugs mefenamic acid and ibuprofen.

Bottom Line: Ginger appears to be very effective against menstrual pain when taken at the beginning of the menstrual period.

High levels of LDL lipoproteins (the “bad” cholesterol) are linked to an increased risk of heart disease.

The foods you eat can have a strong influence on LDL levels.

In a 45-day study of 85 individuals with high cholesterol, 3 grams of ginger powder caused significant reductions in most cholesterol markers (15).

This is supported by a study in hypothyroid rats, where ginger extract lowered LDL cholesterol to a similar extent as the cholesterol-lowering drug atorvastatin (16).

Bottom Line: There is some evidence, in both animals and humans, that ginger can lead to significant reductions in LDL cholesterol and blood triglyceride levels.

9. Ginger Contains a Substance That May Help Prevent Cancer

Cancer is a very serious disease that is characterized by uncontrolled growth of abnormal cells.

Ginger extract has been studied as an alternative treatment for several forms of cancer.

The anti-cancer properties are attributed to 6-gingerol, a substance that is found in large amounts in raw ginger (17, 18).

In a study of 30 individuals, 2 grams of ginger extract per day significantly reduced pro-inflammatory signalling molecules in the colon (19).

However, a follow-up study in individuals at a high risk of colon cancer did not confirm these findings (20).

There is some, albeit limited, evidence that ginger may be effective against pancreatic cancer, breast cancer and ovarian cancer. More research is needed (21, 22, 23).

Bottom Line: Ginger contains a substance called 6-gingerol, which may have protective effects against cancer. However, this needs to be studied a lot more.

10. Ginger May Improve Brain Function and Protect Against Alzheimer’s Disease

Oxidative stress and chronic inflammation can accelerate the aging process.

They are believed to be among the key drivers of Alzheimer’s disease and age-related cognitive decline.

Some studies in animals suggest that the antioxidants and bioactive compounds in ginger can inhibit inflammatory responses that occur in the brain (24).

There is also some evidence that ginger can enhance brain function directly. In a study of 60 middle-aged women, ginger extract was shown to improve reaction time and working memory (25).

There are also numerous studies in animals showing that ginger can protect against age-related decline in brain function (26, 27, 28).

Bottom Line: Studies suggest that ginger can protect against age-related damage to the brain. It can also improve brain function in elderly women.

11. The Active Ingredient in Ginger Can Help Fight Infections

Gingerol, the bioactive substance in fresh ginger, can help lower the risk of infections.

In fact, ginger extract can inhibit the growth of many different types of bacteria (29, 30).

It is very effective against the oral bacteria linked to inflammatory diseases in the gums, such as gingivitis and periodontitis (31).

Fresh ginger may also be effective against the RSV virus, a common cause of respiratory infections (32).

Here is the Link to this great article and for the Sources: https://authoritynutrition.com/11-proven-benefits-of-ginger/

Here is a great Recipe that utilizes Ginger Root from my Book The Wisdom of Well Being: The Joy of Eating for Moms and Their Kids.

Chop up all the vegetables into bite-sized pieces. Grate the ginger and finely chop the garlic. Different vegetables cook at different times. Add Ginger and Garlic to the pan first. Saute the zucchini & broccoli, then the radish, and last the shiitake mushrooms & kale. Use Bragg’s to taste. Enjoy!Save 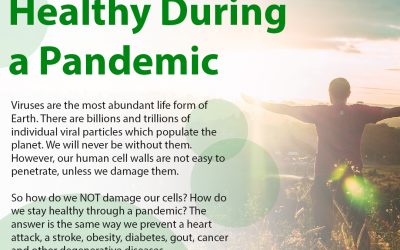 How to Stay Healthy, during a Pandemic by Dr. Diana Joy Ostroff

Close your eyes for a moment and think about... 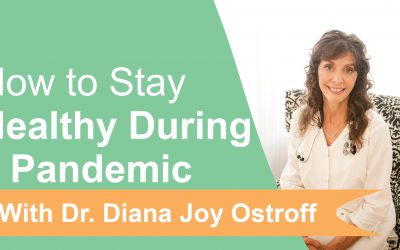 How to Stay Healthy During a Pandemic 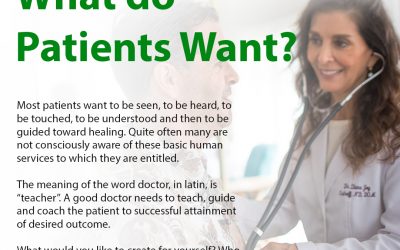 What Patients Want. What Do YOU Want?

What You Really Want From Your Doctor. What do... 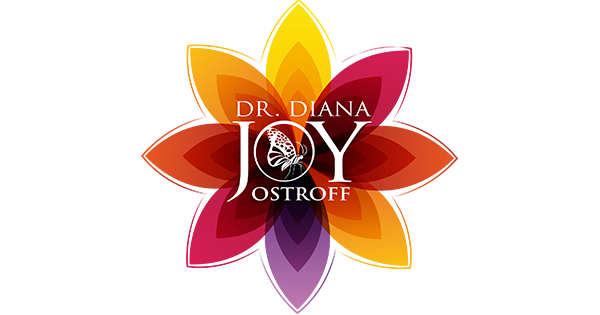